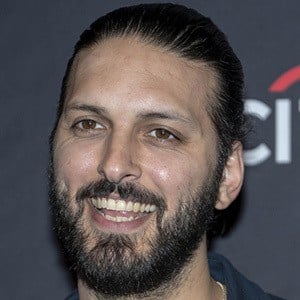 Breaking through with his role as Tariq Masood in Spooks, he is a British actor who also landed roles as Dr. Jekyll and Mr. Hyde in Penny Dreadful and Ash Tyler in Star Trek: Discovery.

He studied at the Bristol Old Vic Theatre School, but left a year early to take his role in Spooks.

He was cast in a 2018 thriller called Profile which won the Panorama Audience Award at the 68th Berlin International Film Festival. Other film credits included The Commuter and The Second Best Exotic Marigold Hotel.

He is of mixed South Asian, English and Scottish descent. His father Javid Iqbal is Pakistani.

He starred alongside Anthony Rapp in the show Star Trek: Discovery.