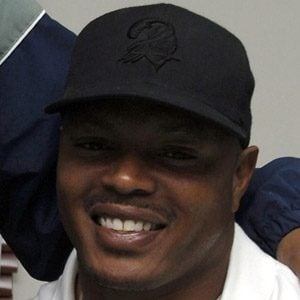 Former NFL linebacker who played his entire, ten-year NFL career with the Tampa Bay Buccaneers and won Super Bowl XXXVII with the team. He later became the Director of Football Operations for the Buccaneers in 2014.

He made more than 500 tackles as a player at Whites Creek High School.

His 98-yard interception return against the Green Bay Packers in 2001 became the longest play in Buccaneers history.

He has three children with Damaris Quarles.

He and Hall of Famer Warren Sapp were both part of the dominant defense of the Super Bowl-winning Buccaneers team of 2002.

Shelton Quarles Is A Member Of