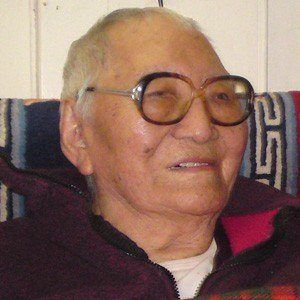 Tibetan artist of thangka, which were textured, Buddhist-themed paintings on silk, whose career spanned four decades.

He began his study of art at the Namgyal Ling Monastery. He also mastered other disciplines at the monastery, including ritual music and Lama dancing.

His large, detailed paintings often took more than a year to complete.

He was born in Kham, Tibet, to a nomadic family.

He and Irish religious leader Columba Marmion both studied in monasteries.

Sherab Palden Beru Is A Member Of