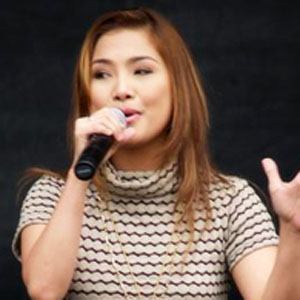 Known as The Crystal Voice of Asia, her 2004 song "Come in Out of the Rain," which was from her debut album, became a #1 hit in the Philippines.

She was competing in amateur singing contests when she was five; she won a grand prize when she was eight for her rendition of "Saan Ako Nagkamali," a song by Tillie Moreno.

She was the oldest of the three children born to Bernardo and Daisy Regis. She began picking up on music when she was two years old.

She was nicknamed the Power Belter while competing on ABS-CBN's "Star in a Million" in 2003, finishing the competition as a runner-up to Erik Santos.

Sheryn Regis Is A Member Of