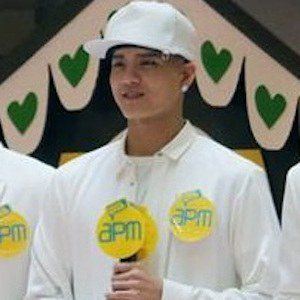 Korean-American rapper and singer who performs with Korean boy band BtoB. He was originally signed to JYP Entertainment, but then moved over to Cube Entertainment, the company that formed the band.

He grew up in the United States before moving to Korea when he was 17, where he auditioned with JYP.

His real name is Shin Donggeun. He also speaks English and Spanish.

He has an older sister named Jennifer.

He's worked with Lee Minhyuk as part of BtoB.

Shin Peniel Is A Member Of