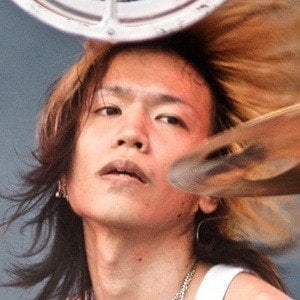 Drummer best known as a member of the Japanese visual kei metal act Dir En Grey. He has composed a number of songs for the band, including "Hotarubi," "Umbrella" and "Raison Detre."

He was a member of the band La:Sadie's until 1997, when he formed Dir En Grey.

He designed his own signature series drumstick with Pearl.

His full name is Shinya Terachi.

He has performed alongside singer Kyo in Dir En Grey.

Shinya Is A Member Of