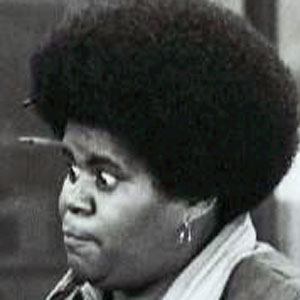 American comedian and actress who played Shirley Wilson on the television show What's Happening!! from 1976 to 1979 and What's Happening Now!! from 1985 to 1988. She also starred in the short-lived sitcom One in a Million.

She worked in a factory manufacturing nylons in Asheville.

She has performed her own stand-up comedy routine on various television shows including The Tonight Show Starring Johnny Carson and A&E's An Evening at the Improv.

She was born to Richard and Mozella Hemphill and had a brother named William.

She occasionally appeared on the television series The Wayan Brothers, starring Marlon Wayans.

Shirley Hemphill Is A Member Of