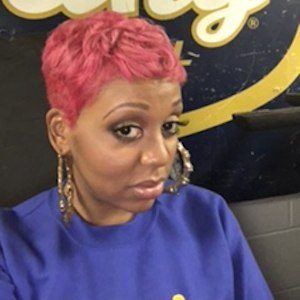 American rapper who rose to fame in the battle rap scene and became an integral member of the global female movement, Queen of the Ring. She's also known for her solo career with hits such as "Black Widow," "Circus," and "Max."

She began rapping in 2005 and got her start in the industry as an on air personality for the college radio station WARY in Westchester, New York. She embarked on a solo career in 2016 after a successful stint on Queen of the Ring.

She is a frequent rap battler on Queen of the Ring, which has accumulated over 230,000 YouTube subscribers as well as 55 million views.

She was raised in Mount Vernon, New York. She has two daughters named Cori and Toni.

She and Bonnie Godiva both competed in the Queen of the Ring league.

Shooney Da Rapper Is A Member Of