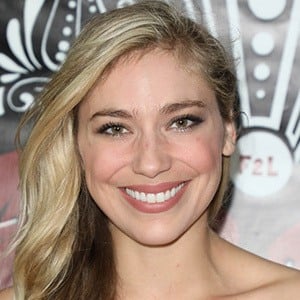 American actress who landed a recurring role on the popular Netflix series On My Block in 2019. She has also made appearances on multiple hit shows such as Ghost Whisperer and The Secret Life of the American Teenager.

Her first credited acting part was on an episode of CSI: Miami in 2005.

She wrote, directed and starred in Sunshine State in 2014.

Her father Michael is a doctor and her mother's name is Judith. She has brothers named Elliott, Adam and Joshua. Her aunt was actress Bonnie Franklin.

She guest-starred on The League in 2010 alongside Mark Duplass and Nick Kroll.

Shoshana Bush Is A Member Of