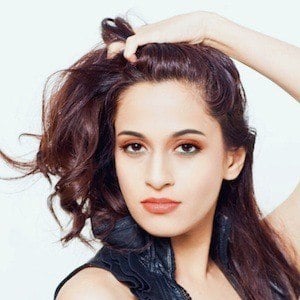 Bollywood playback vocalist who won the Best Female Playback Singer at the Filmfare Awards for her work on the Telugu film Kotha Bangaru Lokam. She released her debut album Main Zindagi Hoon at the age of 16 making her one of India's youngest pop performers.

At the age of 12 she performed several songs for the film Mohabbatein.

In 2015, she received rave reviews for her portrayal of Madhu in the film Barkhaa.

She is the grand-niece of classical Indian vocalist Pandit Jasraj.

She starred alongside Sara Loren in the film Barkhaa.

Shweta Pandit Is A Member Of