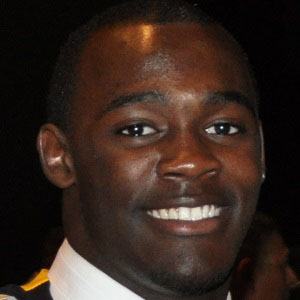 He was a standout player at King Low Heywood Thomas High School in Stamford, Connecticut.

Despite having a dominant sophomore season for Penn State, he chose to transfer due to the sanctions handed out to Penn State's football team.

He was born in Norwalk, Connecticut.

In his first year at USC he played for coach Lane Kiffin.

Silas Redd Is A Member Of