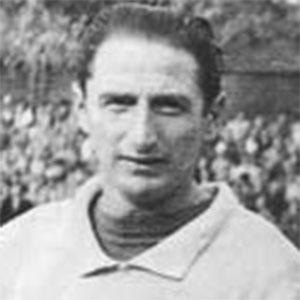 He began his professional career with the Italian team Pro Vercelli in 1929.

His 290 goals in Italy's Serie A stood as a record for over 50 years after his career ended.

He was raised as an only child in Robbio, Italy.

He played on the Italian national team alongside forward Giuseppe Meazza.

Silvio Piola Is A Member Of