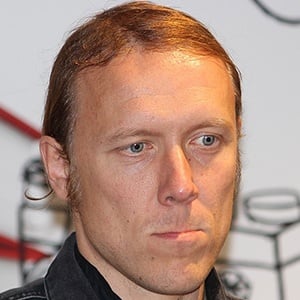 He first joined his band Apulanta in 1991.

He was once in a relationship with Finnish rock singer Anna Eriksson.

He shares a birthday with fellow drummer Peter Criss.

Simo Johannes Santapukki Is A Member Of