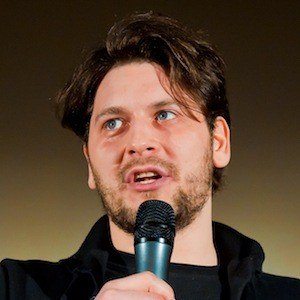 Television show host who is known for his appearances in a variety of shows on the GIGA network and who is best known as the night broadcaster on Nachtfalke on Tele 5. He is also known as a designer for the video game show Game One where he was the host from 2006 to 2014.

Beginning as a freelancer for Modern Media Publishing, he received his degree in 1998 and began working for a variety of magazines including the Official Playstation Magazine. He made his first television appearance on April 9th in 2001, where he appeared on the GIGA Games show, an interactive TV broadcast on NBC Europe.

In February of 2017, he received the German TV Award in the category of Best Entertainment with his colleagues Etienne Gardé and Nils Bomhoff from Rocket Beans TV.

He was born and raised in Lohrhaupten, Flörsbachtal in Germany. He is the son of the former long-term Wächtersbach mayor Rainer Krätschmer.

Simon Krätschmer Is A Member Of