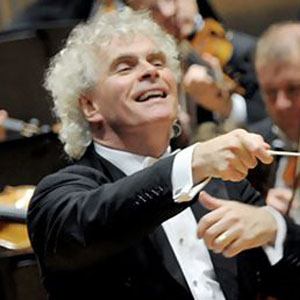 Englishman known for being the conductor of the City of Birmingham Symphony Orchestra in the 1980's and 1990's and the Berlin Philharmonic starting in 2002.

He was originally a percussionist who entered the Royal Academy of Music, University of London, in 1971.

He was inducted into the Gramophone Hall of Fame in 2012.

His father, Denis Guttridge Rattle, was a Commander in the Royal Navy.

When the quality of his concerts came into question, famed pianist Alfred Brendel came to his defense.

Simon Rattle Is A Member Of