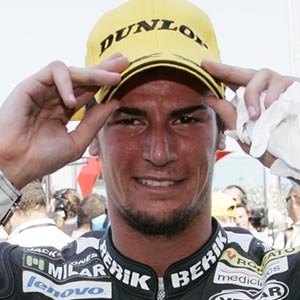 Italian Grand Prix motorcycle racer who is known for competing in several Moto2 World Championship events. He is known for his work with the Tasca Racing Scuderia Moto2 racing team and also shares photos of his bikes and from his races through Instagram for his over 60,000 followers.

He won the Turkish Grand Prix at Istanbul in the 125cc championship event in 2007.

He was born and raised in Rome and shared a photo from his marriage to Clarissa Cimini to his Instagram in February of 2019.

He competed in the 2003 125cc World Championships alongside his teammate Andrea Dovizioso and together they moved up to the 250cc category in 2005.

Simone Corsi Is A Member Of