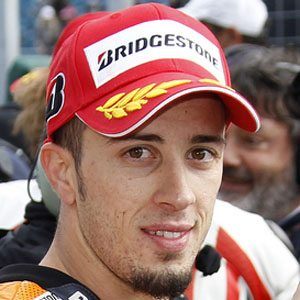 Motorcycle racer who won the 2004 125cc World Championship. He won the Rookie of the Year award after moving to the 250cc class in 2005.

He was born in Forlimpopoli and gained notoriety after winning the 125cc Aprilia Challenge in 2000.

He finished third at the 2010 Italian Grand Prix.

He had a daughter named Sara with his girlfriend Denisa in 2009.

He raced against Italian driver Valentino Rossi in Jerez in 2011.

Andrea Dovizioso Is A Member Of