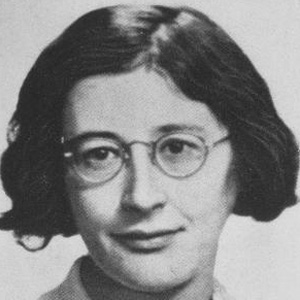 Philosopher, Christian mystic, and activist best remembered for her work with Neoplatonism.

She was always incredibly sensitive to the suffering of others. After learning that soldiers during World War I could not eat sugar, she decided to go without it herself.

She fought for the Republican side during the Spanish Civil War despite her anti-war stance.

She had an older brother, André, and was raised in an affluent, agnostic household.

She and artist Sophie Calle were both born in Paris.

Simone Weil Is A Member Of