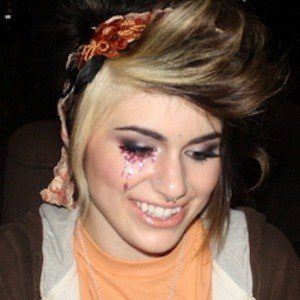 Singer known for her appearance on season nine of American Idol, where she was controversially eliminated in sixth place. She proceeded to launch her solo career with the albums Moonbaby and Old Cape Cod.

She started singing in the fourth grade, performing in the musical Annie. She also sang in a rock band called Lunar Valve.

Prior to her Idol audition, she spent a semester at Salem State College and also worked as a glassblower. After her elimination, she sang on several TV shows and performed with Hanson.

She was born to Alan and Colleen Magnus and grew up with five siblings.

Siobhan Magnus Is A Member Of