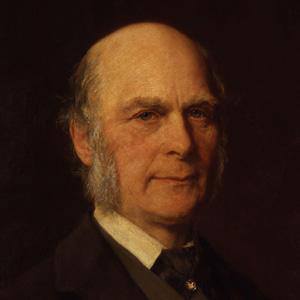 English Victorian polymath who created the statistical concept of correlation and introduced the use of questionnaires and surveys for collecting data on communities. He wrote over 340 books and papers and his 1869 book Hereditary Genius was the first social scientific attempt to study genius and greatness.

He was a founding member of the Lunar Society of Birmingham and in 1850 he joined the Royal Geographical Society, with whom he mounted a difficult expedition into then little-known South West Africa.

He coined the phrase "nature versus nurture" and he was knighted in 1909.

His cousin was the acclaimed English scientist Charles Darwin.

Sir Francis Galton Is A Member Of