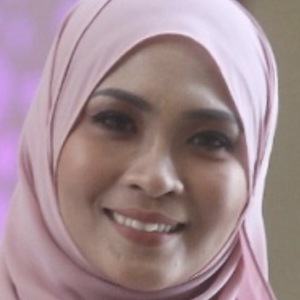 Malaysian singer who achieved a new level of fame after she was crowned the winner of the second season of the singing contest Gegar Vaganza. She is known for hit singles like "Selamanya Cinta," "Bakawali" and "Seribu Setia."

She began singing in 1999, when she was fifteen years old.

She is an occasional actress, having appeared in dramas like 3 Dara Pingitan and Nenas Dan Ikanku.

She was married to actor Mohd Faizal Yusup from 2006 to 2009. She has a son named Muhammad Rayyan Nakhaie.

She recorded "Tak Ada Cinta Sepertimu" as a duet with Aliff Aziz.

Siti Nordiana Alias Is A Member Of