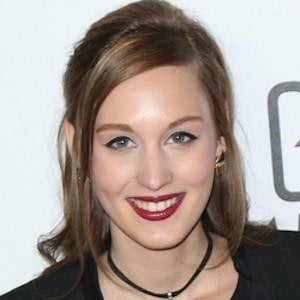 Belgian TV host and professional gamer known for hosting the European League of Legends Series. She also hosted the LoL World Finals in 2013 and has appeared on the YouTube show Summoner Recap.

She played Unreal Tournament '99 competitively and worked freelance for SK Gaming and ESFi World. Her appearances on the YouTube show Whose League Is It Anyway? helped propel her career.

She has a master's in History and Journalism from Ghent University. She finished in third place in the 2011 Miss Style Belgium Pageant. Her nickname is pronounced "shocks."

She grew up in the Belgian province of Sint-Andries, which is known for having an abundance of small castles. Her real name is Eefje Depoortere.

Soren Bjerg is a frequent participant of the LoL World Championships, which Sjokz hosts.

Sjokz Is A Member Of