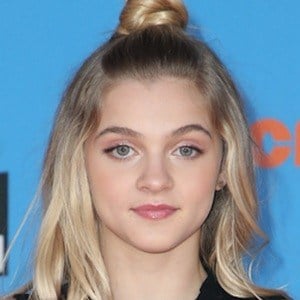 Actress who reached a new level of fame by playing Young Charity in the critically-acclaimed PT Barnum biopic The Greatest Showman. She previously appeared in films like Altered Hours and on episodes of shows like Orange Is the New Black.

She danced competitively and grew up performing in local theater productions.

She appeared in a Broadway production of Antlia Pneumatica.

She has a younger brother named Cayson.

She played the younger version of Michelle Williams' character in The Greatest Showman.

Skylar Dunn Is A Member Of