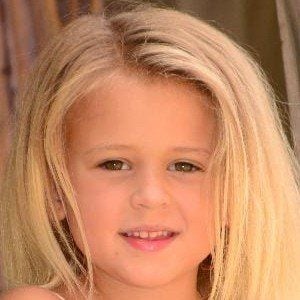 Internet sensation since she was born thanks to her two enormously popular YouTube and Vine star half-brothers Nash and Hayes Grier who feature her in several of their videos.

Nash featured her in a video called "Meet My Sister" which he uploaded on January 23rd, 2014.

By the age of 5, she had already accumulated more than 1 million followers on Vine.

Her parents' names are Elizabeth and Johnnie.

Her other brother, Will Grier, was recruited by the University of Florida to play quarterback for the Gators.

Skylynn Floyd Is A Member Of