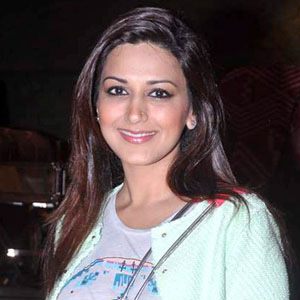 Indian actress and model known for her work in Hindi and Bollywood films. She has played roles in Murari, Indra, and Shankar Dada M.B.B.S.

She found television success as a judge for India's Got Talent and Indian Idol.

She married Goldie Behl in 2002 and she has a son named Ranveer.

Sonali Bendre Is A Member Of