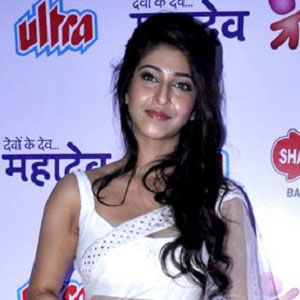 Most famous for her role as Goddess Parvati on the Indian television series Devon Ke Dev - Mahadev, Bhadoria is also known for her performance in the Tamil-language adventure film Indrajith.

She made her television debut in the Life OK series Tum Dena Saath Mera.

She and her brother Harsh Bhadoria grew up in Lucknow and Mumbai, India as the children of a businessman father and a homemaker mother.

She and Saurabh Raj Jain are both known for their roles in Devon Ke Dev - Mahadev.

Sonarika Bhadoria Is A Member Of