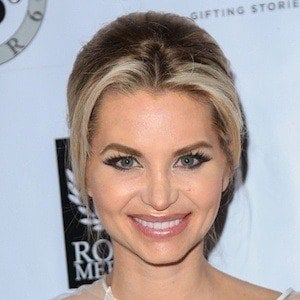 Actress who began playing Emma Dowell on the BET drama series Being Mary Jane in 2017. She is also known for her recurring roles on shows like Scandal as well as her performances in films like The Bounce Back (2016) and Walk of Fame (2017).

She was raised in Seattle, Washington. She won a state championship as a fast-pitch softball player prior to her acting career.

She was a guest judge on the cooking show MasterChef in 2017.

She has dated actors Drew Gallagher and Trevor Donovan.

She was cast alongside Gabrielle Union on Being Mary Jane.

Sonia Rockwell Is A Member Of