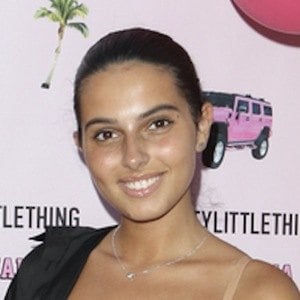 One fourth of the pop girl group Four of Diamonds which rose to fame as one of the finalists on the thirteenth series of The X Factor. She and the rest of her bandmates were mentored on the show by Louis Walsh.

She first began sharing her vocal talents to her eponymous SoundCloud account in 2012. Her covers of artists like Trey Songz and Sam Smith have earned tens, if not hundreds of thousands of plays on the music site.

She has a self-titled YouTube channel where she has posted covers of artists like Rihanna and Beyonce.

The Birmingham native, she has posted a number of photos of her father to Instagram.

She is joined in Four of Diamonds by Lauren Rammell, Caroline Alvares, and Yasmin Lauryn.

Sophia Saffarian Is A Member Of