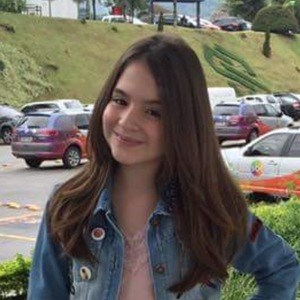 Actress turned YouTube star who first became know for her role in Chiquititas. She would later go on to vlog popularly on her YouTube channel O Mundo da Sophia Valverde where she has more than 1.4 million subscribers.

She made her acting debut in 2013 as Maria in the hit series Chiquititas.

In 2017, she joined the cast of the film Como Nossos Pais as Nara.

She appeared in the revival of Chiquititas, a show originated by revolutionary producer Cris Morena.

Sophia Valverde Is A Member Of