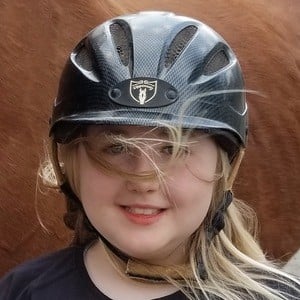 Vlogger best known as one of the stars of the family YouTube channel DayByDay Vlogs. The channel, which is dedicated mostly to her and her family's love of horses, has earned more than 100,000 subscribers so far.

She grew up in Ontario, Canada and began appearing on YouTube in 2014.

She has been known to play the online horse game Star Stable under the name Juliette Bunnyfall.

Her parents and many siblings are the co-stars of DayByDay Vlogs.

She and Tray Rush are both popular family vloggers from Canada.

Sophie DayByDayVlogs Is A Member Of