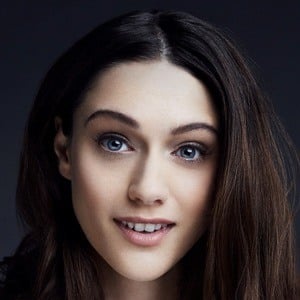 British actress who landed her most substantial role in the BBC Doctor Who spin-off series Class. She had previously starred in a number of short films.

She studied performing arts and musical theater at York College before moving to London in 2010 where she would train with the Repertory Theatre company Fourth Monkey.

She was featured in a variety of roles in a few episodes of the TV documentary series Dark Matters: Twisted But True.

Born in Singapore, she would grow up in East Yorkshire, England. She has a sister named Alice and a niece named Matilda.

She and Greg Austin were both cast in the Doctor Who spin-off Class.

Sophie Hopkins Is A Member Of