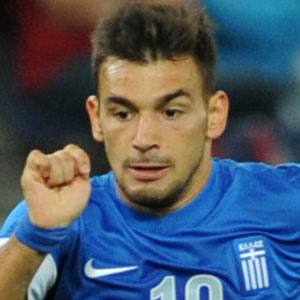 His youth career was primarily spent with Apollon Smyrnis and Panathinaikos; he eventually made his professional debut with Panathinaikos, signing a five-year contract with the team.

He was sent on loan to PAOK during the 2013 season.

His family was residing in Himara, Albania, when he was born, and both were of ethnic Greek descent.

He and Georgios Samaras were teammates on the Greek national team.

Sotiris Ninis Is A Member Of