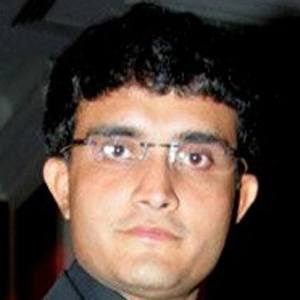 One of the most successful Indian captains, he won 11 Tests overseas and played in the Cricket World Cup in 1999, 2003, and 2007. He helped the team climb from eighth to second in the ICC Test rankings during his tenure as captain.

He was nicknamed Maharaja, meaning Great King, and made his first-class debut for Bengal in 1989.

He scored over 7,000 Test runs and 11,000 ODI runs in his career, averaging over 40 in both formats. He later became the President of the Cricket Association of Bengal.

He married Dona Roy in 1997 and they have a daughter named Sana. His brother Snehasish also played for the Bengal team.

He was Test and ODI teammates with the great Sachin Tendulkar.

Sourav Ganguly Is A Member Of