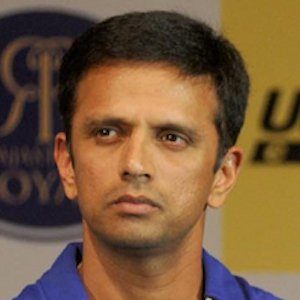 He played his first professional domestic cricket game with Karnataka in 1990. He made his Test and ODI debuts in 1996.

He held the record for most Test cricket catches by a non-wicket keeper, with 210, at the time of his retirement.

He has two children, Samit and Anvay, with wife Vijeta Pendharkar.

With 13,288 Test runs, he retired second only to Sachin Tendulkar. He was later passed by Ricky Ponting and Jacques Kallis, the later of whom retired with 13,289 runs.

Rahul Dravid Is A Member Of