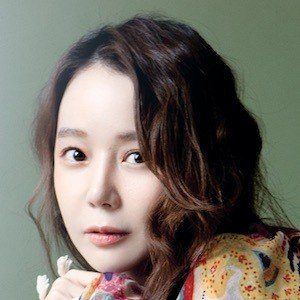 South Korean actress, singer, songwriter, and model. She is most recognized for her appearance in the 2007 film The Cut as well as the 2013 film Rough Play.

She began her acting career in 2005 when she starred in the film The Wig. She then went on to interview a variety of film stars coming to South Korea to promote their new films. She began her music career as the leader of a five member K-Pop group called T.T.MA

She attended Korea University where she graduated with a bachelors degree in Chinese Language and Literature. She then went on to receive her M.A. in Media Studies.

She is the youngest of two siblings. Her parents were South Korean diplomats which allowed her to travel in her youth to England, the United States, and Taiwan.

She has interviewed a variety of Hollywood stars including Ben Stiller, Beyonce Knowles, Leonardo DiCaprio, and Liam Neeson.

Soy Kim Is A Member Of