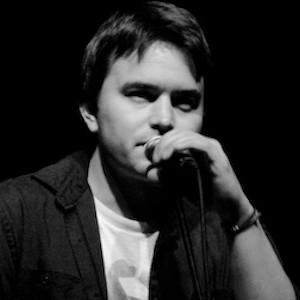 Singer, songwriter, and multi-instrumentalist known for his time with band Wolf Parade, who reunited in 2016 after almost five years apart. He's also performed as part of the solo project Moonface, often collaborating with other artists.

After growing up playing piano and guitar, he helped found the band Frog Eyes in the early 2000s. He then went on to study at Concordia University.

He grew up in Penticton, a city in southern British Columbia.

He and Dante DeCaro have been bandmates in Wolf Parade.

Spencer Krug Is A Member Of