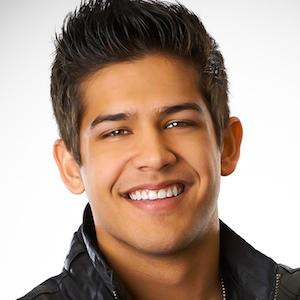 American Idol contestant who advanced all the way to the top 14 of 100,000 overall in 2013. This led to new opportunities in singing, acting, and public speaking.

He was 14 when he discovered his passion for music, playing in his youth band in cities across the U.S. in pursuit of a career in music.

He was involved in his school's drama department during his teen years, playing lead roles in both dramas and musicals.

He was born in Little Rock and raised in Bryant, Arkansas. He has two sisters named Madelyn and Alyssa.

He performed in front of Jennifer Lopez who served as a judge on American Idol the year he competed.

Spencer Lloyd Is A Member Of