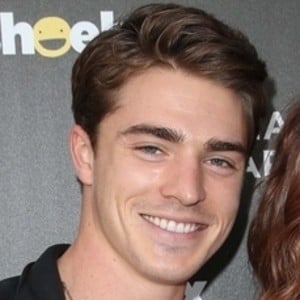 Actor and model who rose to prominence for his recurring role as Derrick on the NBC soap opera series, Days of Our Lives. He's also appeared in the series Stalked By My Mother and Hashtaggers.

He previously worked as a fitness model before turning to acting.

He was a producer as well as acted in the film Hiker.

He has an older brother named Chris.

His character's storyline is involved with the characters of actors Guy Wilson and Freddie Smith on Days of Our Lives.

Spencer Neville Is A Member Of