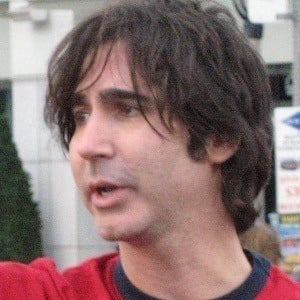 Better known by his nickname Spenny, he was a co-star of the Canadian TV series Kenny Vs. Spenny. The show involved Spencer competing in various challenges against his friend Kenny Hotz; the loser had to perform a humiliating act, which was nearly always chosen by the winner.

Growing up, he played hockey and took improv comedy classes with the Second City. He also learned to play the guitar at a young age.

He has been friends with Kenny since childhood, and began collaborating on filmmaking in 1994.

He grew up in Toronto, Canada and describes Kenny as "the brother he never wanted."

He co-starred on Kenny vs. Spenny with Kenny Hotz.

Spencer Rice Is A Member Of