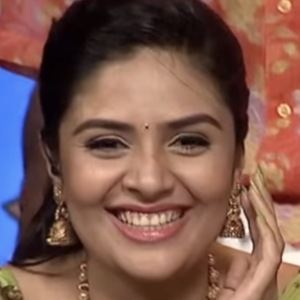 Television host turned feature film star who made her silver screen debut in the Telugu film Julayi. She would go on to lead the 2013 film Prema Ishq Kaadhal and star in 2015's Chandrika.

Her career began as a television host for Adhurs and the competition series Super Singer 9.

Between her film roles, she has hosted the standup comedy show Pataas and has also hosted the South Indian International Movie Awards.

Her mother's name is Latha Srees.

She was directed by Trivikram Srinivas in 2013's Prema Ishq Kaadhal.

Sreemukhi Is A Member Of