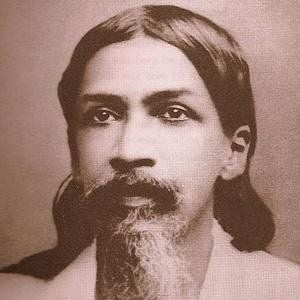 Yoga master who led the Indian Independence Movement and wrote such literary classics as The Life Divine and Synthesis of Yoga. He also wrote poetry, philosophical essays, and translations of religious texts.

After the end of his two year probation at an English university, he decided that he no longer wanted to serve the British and neglected to appear for the horse riding portion of his examinations, thus disqualifying himself for Service in the ICS. He published his first poetry collection, The Rishi, around the turn of the 20th Century.

His work The Life Divine seeks to synthesize Western and Eastern thought.

He was raised in a Bengali Hindu family in Calcutta, India. While visiting his home city at the age of twenty-eight, he met and married a fourteen-year-old girl named Mrinalini.

He once refused to see Mahatma Gandhi.

Sri Aurobindo Is A Member Of