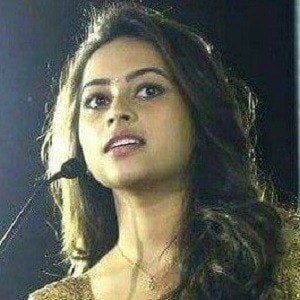 Known for her SIIMA Award-winning performance in the 2013 Tamil-language film Varuthapadatha Valibar Sangam, this Indian screen actress also became famous for her childhood roles in Yuvaraju, Veede, and other Telugu movies.

She began acting when she was just three years old and, by her tenth birthday, had appeared in her first feature film, Hanuman Junction.

In her late teens, she starred in a romantic Telugu movie titled Manasara.

A native of Hyderabad, Telangana, India, she grew up with an actress sister named Sri Ramya.

Sri Divya Is A Member Of