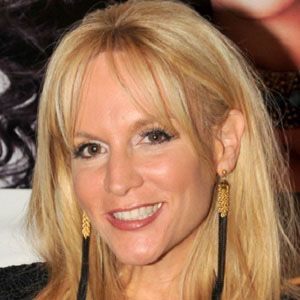 Famous for her Top 10 UK Commercial Pop Club singles "Is This Love," "Pointing Fingers," "I Am a Woman," and "I Hear a Symphony," this Canadian-born singer and music producer is also known for her behind-the-scenes work with America's CBS and Lifetime Television networks.

She earned a Bachelor's degree in arts and communications from Montreal's Concordia University and began her career in New York, working for CBS News and Lifetime Television as a senior publicist and awards coordinator.

She released her debut album, Upside Down, in 2009, and donated all proceeds from the recording to a British children's charity called Music for Youth. Also involved in fitness, she has been developing her first sportswear line called Stae-Fit.

Born Stacey Liane Levy to Michael and Florrie Levy, she spent her childhood in Montreal, Quebec, Canada. After living in New York City for several years, she relocated to London, England, with her investment firm executive husband, Henry Jackson, and the couple's four children.

Her hit 2011 single "Live It Up" features additional vocals by the rapper Snoop Dogg.

Stacey Jackson Is A Member Of