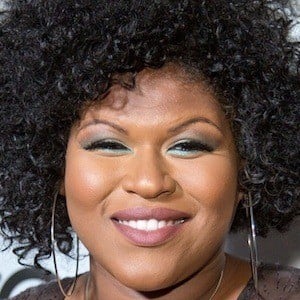 R&B singer and songwriter who has helped to write hit tracks like Katy Perry's "Hummingbird Heartbeat" and Rihanna's "Cheers (Drink to That)." She released a string of EP's starting in 2010 and dropped her debut full-length, BEcoming, in 2015.

She spent the majority of the first three years of her life in Haiti and later moved around New York City with her family. She interned at Geffen Records and Jive Records and got her big break after meeting producer Hit-Boy through MySpace.

She attempted suicide in 2010. The incident was the inspiration for her song "My Suicide Note (Intro)."

Her mother is a native of Haiti. She has one brother.

Her breakthrough as a songwriter came with the Britney Spears song "Blur."

Stacy Barthe Is A Member Of