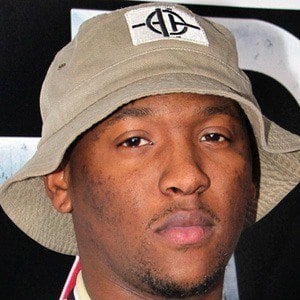 Rapper known as Hit-Boy who produced music for the GOOD Music Label. He has produced hits such as ASAP Rocky's "Goldie" and Kanye West's "Clique."

He was discovered by Polow Da Don on the social media site Myspace.

In 2012, he signed with Interscope Records as a solo rapper following the release of his mixtape "Ivy League Club". In April 2022, his Spotify audience had amassed over 3 million monthly listeners. In 2022, XXL Magazine honored him with Producer of the Year Award.

His cousin is Rodney Benford, a member of Troop.

His self-produced song "Old School Caddy" featured rapper Kid Cudi. He has collaborated with a multitude of artists, including Big Sean and 2 Chainz.

Chauncey Hollis Is A Member Of