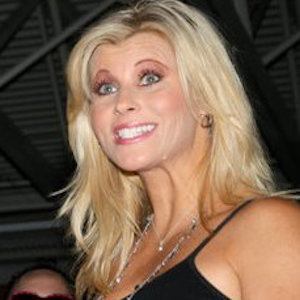 Known as Miss Kitty or the Kat, she competed in the WWF from 1999-2001, during which time she won the Women's Championship. She was also involved in the promotion's first instance of intentional nudity, which led to the "Right to Censor" storyline.

She'd worked at a bank, photography studio, and hair salon prior to joining the WWE in 1999.

After being released from the organization in 2001, she spent time wrestling for Memphis Championship Wrestling, Tri-State Wrestling Alliance, and Stranglehold Wrestling.

She was married to Jerry Lawler in the early 2000s. She later married wrestler Nick Cvjetkovich in 2010, but they also got divorced in 2013.

She defeated Ivory to win the WWF Women's Championship in 1999.

Stacy Carter Is A Member Of