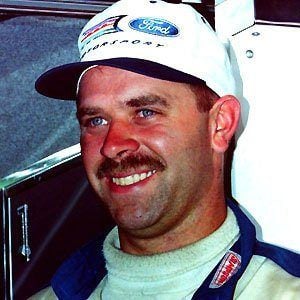 American race car driver who made his NASCAR debut in 1996. He worked as an analyst for ESPN and became owner of Turn One Racing.

He grew up racing late models in Virginia.

He was named 1998 NASCAR Craftsman Truck Series Most Popular Driver.

He married Vickie Compton in 1995.

Stacy Compton Is A Member Of