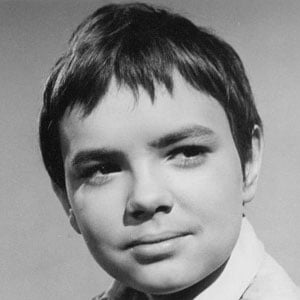 Known best for his childhood role as Barry Lockridge on the ABC science fiction series Land of the Giants, he appeared as an adult in episodes of The X-Files, Earthsea, and Caprica.

Early in his career, he acted in episodes of Dragnet and Gunsmoke.

He played small roles in such films as The Long Weekend, The Life, and The A-Team.

His mother, Norma MacMillan, a notable voice actress, is perhaps best remembered as the voice of Casper the Friendly Ghost.

His younger sister, Little House on the Prairie actress Alison Arngrim, accused him of repeated episodes of abuse during her childhood.

Stefan Arngrim Is A Member Of