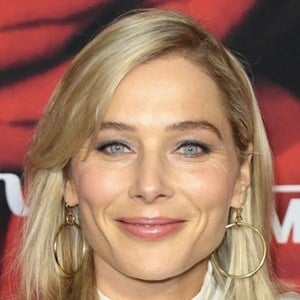 Actress who appeared on TV shows such as Battlestar Galactica, Eureka, and NCIS. In 2012, she starred as Dr. Daniella Ridley in Season One of Cracked.

She studied art history in Bavaria after graduating from high school in Vancouver.

She played Lily, an alien posing as a human, in the 2004 sci-fi horror film Decoys.

She is of German descent, born to a father of German nobility.

She appeared with Jessica Pare in the film Posers.

Stefanie Von Pfetten Is A Member Of