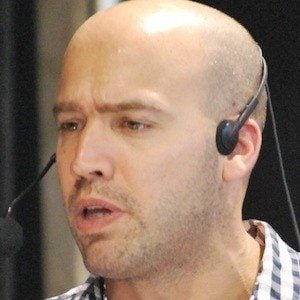 Canadian celebrity chef who is best known as the host of the CBC show In the Kitchen with Stefano Faita. He has opened an Italian restaurant in Montreal called Impasto.

He worked behind the counter at his family's Montreal-based kitchenwares store called Quincaillerie Dante.

He has written four cookbooks, three in French and one in English.

He founded the Mezza Luna Cooking School in 1993 with his mother, Elena.

He is a Canadian chef who has hosted a television show just like celebrity chef Lynn Crawford.

Stefano Faita Is A Member Of